Infographics Comments are off

The Ancient Egyptians are known as the first creators of hieroglyphics. Hieroglyphics were unique cave painting that the Ancients drew within cave walls. But they were not just some random scribblings or artwork that they wanted to paint on the walls. They were important. They were a way to keep up with the happenings of their culture and preserve their history for all times.

It is also known by Egyptologists that the Egyptians often “erased” pictures that they did not want to keep on the walls. In fact, if they found something to be detrimental to their cause, they would obliterate it forever from the walls. They had a unique perspective that their society was supposed to live forever and “beyond the pyramids.” So this inspired them to be very selective of the types of drawings they drew and allowed to remain. 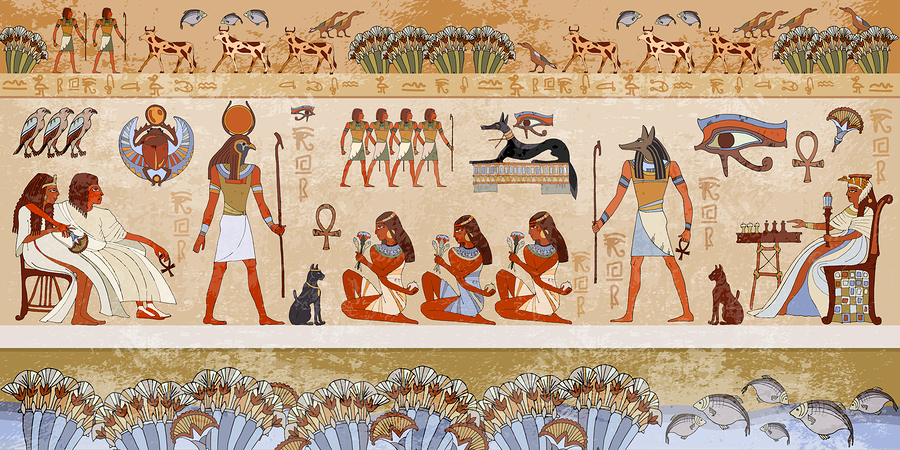 Hieroglyphics were a series of pictures instead of letters that told an important story. The Egyptians recorded events that were important to them to share with people that came across them later.

They wanted to represent their world and their society as the ultimate civilization. They enjoyed life, and it was full of celebration. But they also gloried in their defeat of their enemies. They loved art, wine, and song. They enjoyed wealth and prosperity, nature, and religion. All of these things can be found on the walls of the ancient Egyptian caves as well as other locations through what is now “Ancient Egypt.”

When we think about these most essential elements of hieroglyphics and infographics, it’s easy to see the common thread. And while modern-day business owners and infographic designers might not say that they got their ideas from ancient civilizations, there is an influence that has been with us over the years from a variety of cultures and early civilizations that may be a factor in their emergence in our present world.

It’s interesting to ponder, also, what the Ancients might think of our modern-day infographics. Do you think they would approve of them or believe they were a good idea?

There’s no doubt you would have to do a lot of explaining to them regarding how infographics are used in our modern world, about technology and digital media, and how it influences people’s decisions to buy or to connect with a brand.

But they might not find that to be the most interesting thing. I think what they would be most interested in is the fact that pictures are used as symbols for ideas, concepts, and 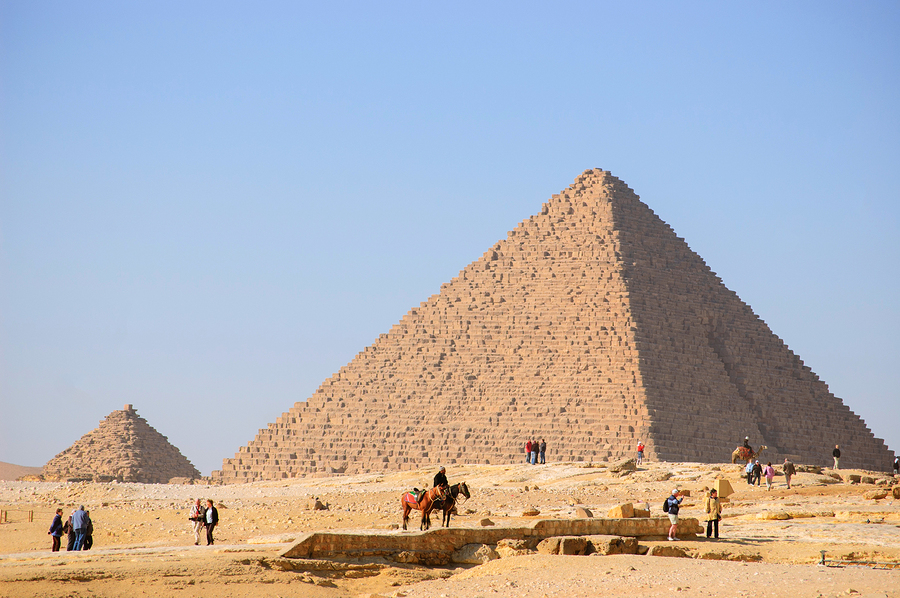 A Conversation with an Ancient

The Ancients would likely think that infographics are one of the best ideas of our modern world since they so closely resembled their hieroglyphics that they used so long ago to symbolize words in their world.

“We are most fascinated by your modern day advertising that you call infographics. Your effective use of pictorial representations that take the place of words is of particular interest to us. Like our Ancient cave paintings, you have found a way to symbolize much by saying little. While we relished conversation in our every day lives, we chose to communicate the most important aspects of our civilization, culture, and religion within our cave drawings. The original ones had lots of color but unfortunately, time has washed off all of the vibrant hues that once captivated people when they read our inscriptions and viewed our walls.”

Then if we were to ask the Ancients what we should focus on regarding our recent infographics, they might add:

“The most important thing when you are creating anything is to explain things in the best way possible so that the viewer will understand it. That’s what our hieroglyphics did. And that’s what your infographics do, too. Congratulations on creating something that focuses on the most essential elements and avoids the superfluous use of words when they are not needed.”

Okay, that was fun! Imagining what the ancient Egyptians (or the ancient Greeks) or any other ancient culture would think about our modern-day infographics is a trip. No one knows for sure what they’d say. They had no need for advertising or websites back then. But I’m sure if Ramses the Second had a chance to have a website, it would have been the most prominent one online!

Regardless of what they would say, you get the point. Infographics have many of the elements of the ancient hieroglyphics where they used pictures instead of words to communicate meaning.

So how do we achieve what they made in that long ago time with their hieroglyphics? 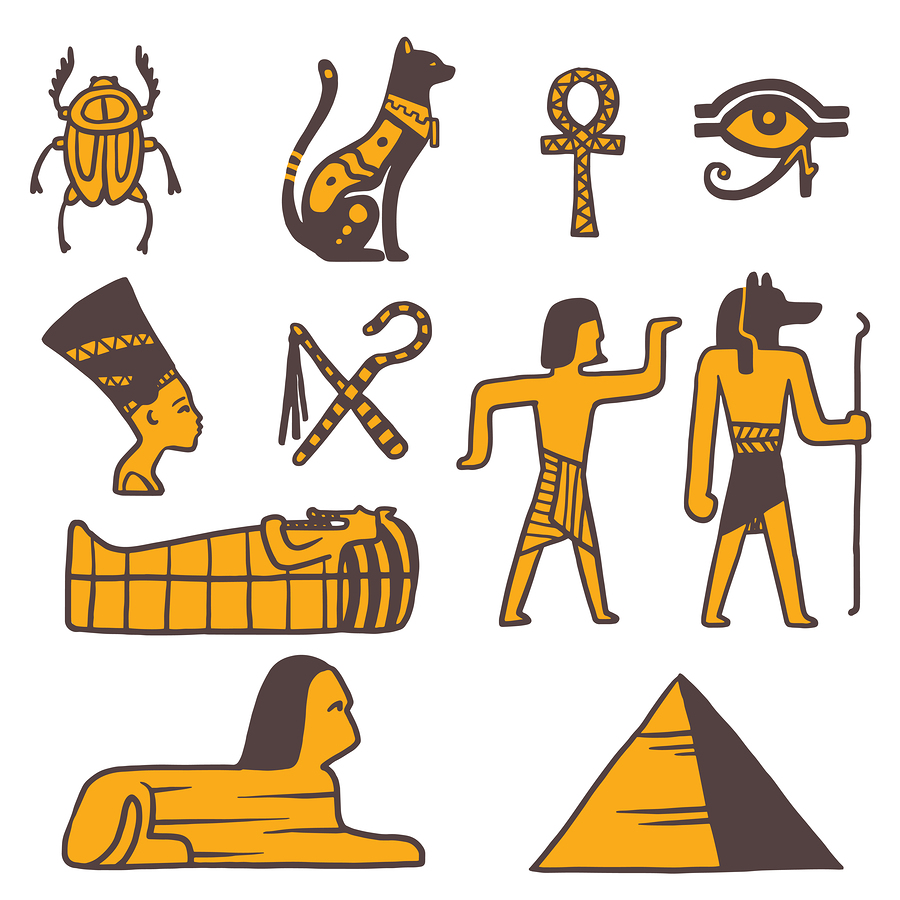 One way you can achieve some of the success of the Egyptians in your modern day infographics is by making your pictures and graphics amazing. Historians who have studied the ancient hieroglyphics have been very impressed with the level of detail and the beauty in some of the designs. People were represented in a fairly primitive fashion, but they were realistic, considering the type of attire and the lifestyle that the ancient Egyptians lived back then.

By focusing on the qualify of your graphics design, you can create stunning pictorial images that you want to use to convey a message to your target audience.

Also like the ancient hieroglyphics, you need to make your infographics focused on the primary message that you wish to convey. What is the message about? What are you trying to convey? Are you telling a story with your infographic, recording data or facts, or just representing your brand?

How about a timeline?

One of the main things the ancients used their hieroglyphics for was to create a timeline or historical footprint of when things occurred in history. You can do the same for your brand by creating an attractive timeline of events regarding your business or any other information that you want to include.

Learn from the ancients and think about how your infographics represent your brand. Include timelines, dynamic graphics, and interesting facts to tell the story. Use color and lines to create an attractive infographic that will gain the attention of even the most skeptical customers or visitor.

These are the kinds of things that will help increase your impressions, conversions, and sales and create your legacy for the future, just like the ancient Egyptians did.

Who knows where the internet will be in 3,000 years. Perhaps it won’t even exist. But I suspect that, if it does, there will still be some lingering awesome infographics in some SkyDrive the represented your brand that others will see and be inspired by.

If we had lived in ancient days, we would have been known as “The Pharoah’s Pictorial Magicians.”