Home  /  Branding  /  Mashable: The Story of How they Got to Where They are Today

Mashable is a UK-based technology blog that started in 2005 by a 19-year-old, Peter Cashmore, from Aberdeen, Scotland.

Time Magazine voted Mashable one of the best online business and tech blogs in 2009 and it is considered a one-stop shop for social media. This is because it had over 6 million Twitter followers and 3,200,000 Facebook fans as of November of 2015.

During the period when Cashmore was trying to form his new publication, he would hide out in his room and work on the computer until the wee hours of the morning. His parents did not know what he was up to, and he wouldn’t tell them. In this exclusive interview by Inc. Magazine, he reveals the process of how he started the publication and avoided a traditional education in favor of doing his own thing. 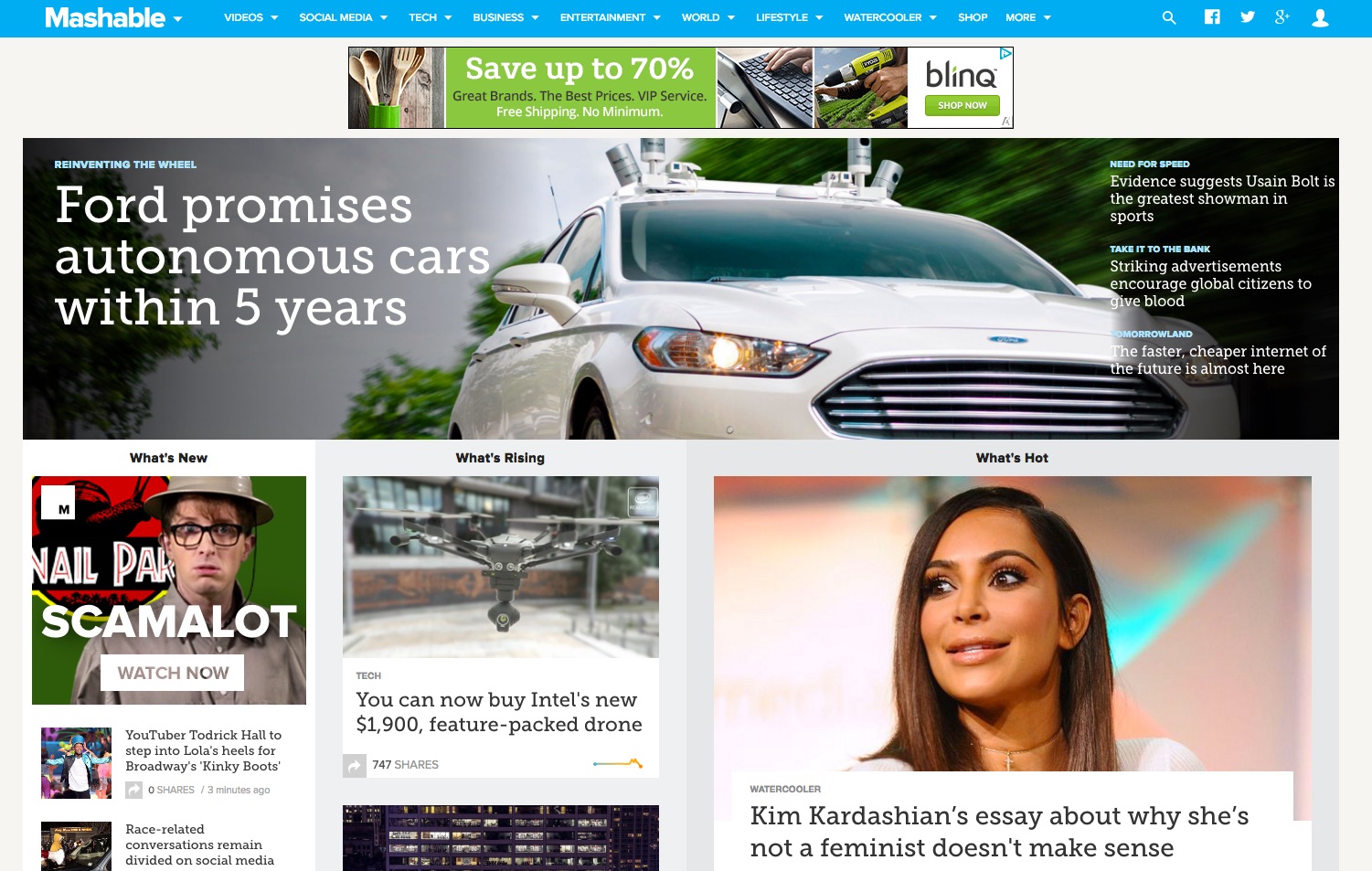 Cashmore said the key to much of his success had to do with being obsessed with the numbers and statistics of his site and believed that he’d eventually get there “one step at a time.”

Cashmore’s motivation to starting Mashable was to document the importance of social media giants such as Facebook, Youtube, and Myspace, which were the world’s most popular social media outlets at that time.

In 2012, Mashable was considered one of the hottest internet real estate properties to own, and it even got the attention of Time Warner’s CNN when they threatened a hostile takeover. Feeling threatened by its popularity as an icon news source, CNN sought to purchase Mashable for a sizable amount at that time. The exact figures they were considering is still unknown.

In 2009, Mashable began to attract around 5 million visitors per month. At the same time that his online publication began to rise, his fame and popularity soared as well. He was quickly nicknamed, “the Planet’s sexiest geek” and “the internet Playboy,” by some of the lesser-known publications and social blogs. Cashmore’s face became synonymous with his magazine, both of which were soaring to great heights in both popularity and monetary success.

He obtained some 2.7 million followers during these days, outdoing his CNN counterpart, Ricky Gervais, by several hundred thousand and creating a huge fan base that continues to rise today.

To date, Mashable had a fan base of 12.5 million visitors per month and was named No. 3 in Forbes Magazine’s Web Celebs 25 in the year 2010.

Some of Cashmore’s closest co-workers stated that he works very hard behind the scenes, which he also reiterated in an Inc. Magazine video interview. He confessed to staying up until 3 or 4 am to finish something he felt would help his business and the Mashable publication and then he would “sleep in” early the next day to make up for the loss of sleep.

Interesting Quotes from the Founder

An interesting quote from Cashmore when asked about his success was, “I set up Mashable, and it was appealing partly because it was something I could do in bed and feel like I was achieving something.”

Another interesting quote from Cashman echoes the sentiments of other famous entrepreneurs such as Mark Cuban and Steve Jobs, when Cashman said, “I’m just not good at obeying authority figures.” 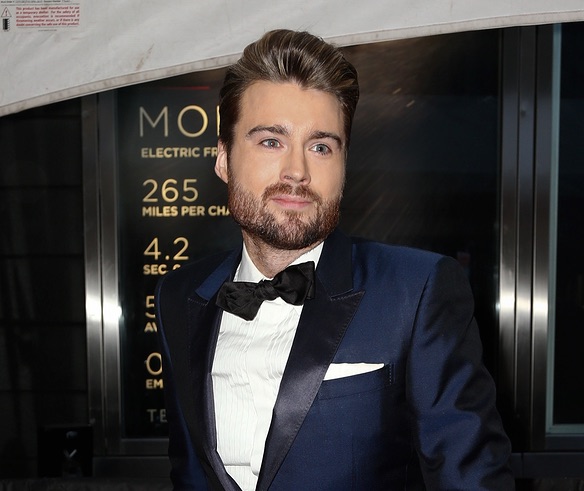 Where Mashable is Today

Mashable has maintained the same “startup” mentality of its founder in those early days by putting in the overtime and doing whatever it takes to keep it moving forward. This technique has paid off greatly as Mashable has continued to stand the test of time.

AOL tried to add Mashable to its collection of media publications, after purchasing a rival website, Huffington Post in 2011, as well as TechCrunch, a site dedicated to news exclusively on technology topics.

But Cashmore turned down the AOL offer, preferring instead to stand alone, as he had done from the beginning, and stick to his standards and ideals of where the popular blog should go next.

Looking Backwards: A Comparison Between The HP and Mashable

Looking back in time to where Mashable started and how it ended up where it is today, it all points back to its founder, Pete Cashmore. It also begs the question, “What would other publications such as ‘The Huffington Post‘ be like today if they had not sold out to AOL in 2009?” Anna Huffington felt it was the right thing to do. Perhaps it was. But, looking backward, I think she must have seen how she had to change and evolve her thinking, standards, and mores to fit the ones held by AOL when they purchased the company, even though they made her Editor-in-Chief.

The founder of Mashable, Peter Cashmore, stood by his publication and felt he could continue to go it alone. When you do that, you don’t have the financial backing that those who merge do. But you keep that part of the business that it hard from the beginning-your heart and soul, without compromise.

The truth is, when a company merges with another company, it gains something. But it also loses something. It loses a bit of the person that created it and took on some of the characteristics of the investors instead. The Huffington Post merged with AOL. Mashable did not.

And it has made all the difference.

As we look forward to the future, it is difficult to predict how these two great media entities will fare in the coming years ahead. But there’s no doubt they will both flourish, based on their previous track record.

Mashable has maintained its success being in the capable hands of one man, who started with an idea in his parents’ house at the age of 19, with nothing but a laptop that he used in bed because he didn’t particularly like the idea of getting up in the morning.

Imagine what the rest of us could do if we just focused on an idea as strategically as he did, and had the kind of iron will that Cashmore had to make it work, despite the odds.

Cashmore said he owed his initial success to “the numbers.” This is something we should all keep in mind as business owners in our journey to success.

Reading about the history of these two great companies reminds us of the importance of history and information. Creating a timeline to document your business successes and setbacks is a great way to tell yourself, your employees, and your clients, how far you’ve come.

Why not look into creating a well-designed infographic documenting your history as a business. You can publish it on your website or blog, print it out and hang it in your office, and much more.

Creating an infographic takes some time, but it is well worth the time you put into it. To get help creating your infographic, contact the professionals at:
http://infographicdesignteam.com.

They can help you capture the history of your business in an easy-to-read infographic format that customers will love. Rather than put it all in text form, you can show people with pictures and dates. They will respond to this better, and it’s a great way to tell them about your business.

Contact us today to talk about how you can create your infographic and tell the world the story of your company, where you’ve come from, and where you’re going.

Because a picture is worth a thousand words.