SEO Comments are off

December! It’s that time of the year when every strategist put their thinking caps on and jot down the possible marketing trends that might prevail in the upcoming year. Take a good look at the performance in the past few years. You’ll notice, marketing, in its different forms, is constantly evolving with the “not so constant” norms. It is an ever-evolving process, and with the advent of new features, new marketing tactics, this industry is making progress.

Well, now that we’ve reached the end of the year, it’s time to make some predictions as to which trend from last year shall still be ‘in vogue’, which will stick and continue to grow in 2017.

Below are the possible predictions of the trends that would influence the marketing industry of 2017. Keep an eye on this, and get ready!

1. Live Streaming
Live streaming has made its way into the mainstream than ever. It has carved its niche in the marketing industry, though research and development are still being worked upon on this technology, it’s clear that live streaming will continue to push the boundaries.

Back in 2015, Meerkat and Periscope, two trendsetting live streaming apps took the world by storm. It is only until Twitter took over Periscope and Meerkat died off, that live streaming started playing a mainstream role. Gradually people started loving the technology where videos could be streamed live and in real-time. Social media giant Facebook, adopted this technology and once again the interest of the netizens kindled and live streaming became a pivotal part of their virtual lives. YouTube, the behemoth video streaming platform emerged with live offerings.

A big step in this direction was Instagram’s integration of a live stream option into its Stories feature. We’re going to see a lot more live broadcasts in 2017.

Live streaming is sure to soar high in 2017. Check out the reasons behind this rising trend.

2. Virtual and augmented reality
Perhaps, one of the most singular highlights of the Summer of 2016 was a generation of screen-afflicted people with their mobile devices running after, yes, Pokemon GO!

What we must conclude from this phenomenon, is the ability of augmented reality to drive real business results, And it happened for real. A report in HEAVY stated that Pokemon Go had been downloaded at least 15 million times and the game was seeing about 21 million daily active users. Augmented Reality has seriously become a viable option for the marketers.

In the same line, Google has just announced its VR platform, Daydream. This is to be built into the Android OS and includes both hardware and software specifications. Actually, Google wants to coax phone makers to build their phones around the new platform, and create an Android of Virtual Reality.

So far, Google’s Daydream has been well received. Considering the response that both of these have gotten, it’s safe to expect to see more going forward in 2017, which is good news for digital marketers because bringing the virtual world into the real world is now a possibility. 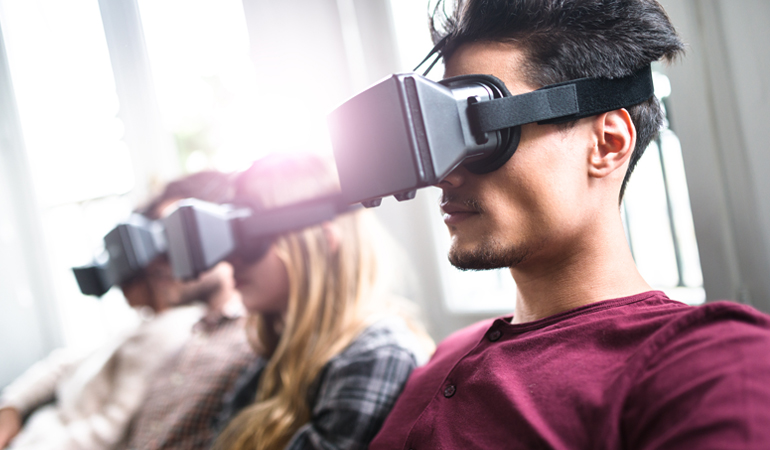 3. Marketing Automation
Marketing Automation is just getting started and is still in its infancy. Very few small businesses and start-ups use or know the power of true marketing automation and seldom they use this tool for integrated sales and marketing campaigns that convert well. They fail to comprehend that marketing automation softwares will enable the dynamic content display based on the user behaviour and their clicks within the website.

There’s absolutely no need of doing the same thing over and over again when automation is there. Automation is becoming extremely powerful (and popular) among marketers and businesses who seek a good ROI and expand past trading hours. As apps such as Marketo and Hubspot become more intuitive and affordable, automation will become more common in 2017.

Following the old adage, Social Media “Buy” buttons already exist on many social platforms since 2015, including Facebook, Pinterest, Twitter, and YouTube. If you want to scale the performance of these buy buttons, then let me tell you, in a survey by Campaigner consisting of 506 marketers, 36% of respondents reported an increase in sales from integrating a buy button into social media and email interfaces.

Though only 22% of marketers implemented the buy button in 2015 due to sheer ignorance. Later in 2016, it saw a significance increase, where almost 60% of marketers were projected to use the buy button. And that actually happened. Now thanks to the 2017 business trends, more “buy” buttons are predicted to be on social media, allowing shoppers to buy directly from social networks rather than going to a separate e-commerce site.

More platforms are in a testing mode with the buttons and are trying to get shoppers accustomed with the buttons. As retailers increase their confidence in the “buy” button and add more product availability, their customers should find it easier to use this tool for online shopping, making 2017 the perfect year of Social Commerce.

5. Mobile Video
A lot of things happened in 2016 (apart from the presidential race!). But one of the biggest happenings was the fact that mobile video finally became the dominant way that people watch online video. On mobile devices, users now spend more than 40 minutes watching videos. More than half of YouTube views come from mobile devices. That’s huge, especially when YouTube’s massive user base is of more than 1 billion people (FYI, that’s roughly 1/3 of the entire internet).

Have you looked at your Facebook feed recently? 95% of it is video. We now live in an age of mobile videos, and 2017 is going to see a new face of it.

6. Chatbots
Chatbots have been around for decades. But in 2017, we’re expecting chatbots to improve significantly and to be used in new ways. Over the past few months, the western world, where we’ve seen a tremendous amount of bot development, has been playing it hard on chatbots. Facebook has invested a lot in the bot industry, rolling out tools for businesses and developers to build bots on its messaging platform.

So far, Facebook has unleashed a 30,000-strong bot army that provides news updates, sends flowers, responds to users in a personalized way, and much more. We expect this trend to continue onto the next year.
China-based messaging platform WeChat has been a trendsetter. The app is a go-to hub for consumer needs like banking, hailing cabs, and even booking doctor appointments.

However, there has been a lot of failures too. Earlier this year, Microsoft’s chatbot on Twitter, known as Tay, ran into some problems and was taken down. But despite the bot failures, chatbots can still dominate the future of messaging apps from 2017 onwards. 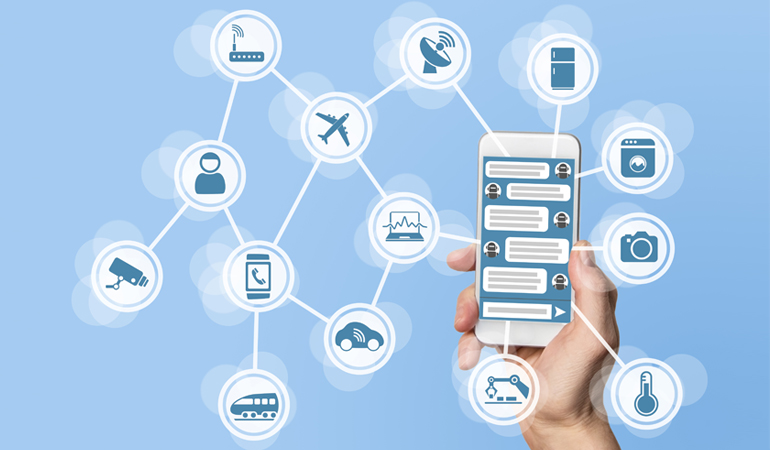 7. Short-lived content
Short and sweet. This has been a key attraction for the Generation Z and is why you should be integrating short lived content into your content strategy for 2017. What gives Snapchat its appeal? The fact that the content disappears. It showed the value of disappearing or short-lived content.

Content that is available for a short time only wins over content that lasts longer. 2016 is the year which brought the change to the evergreen content by introducing ephemeral content on Snapchat. Brands should make this trend the part of their content marketing strategy for engaging more number of people. And 2017 will be of no exception. Rather we predict that there will be a relatively higher use of short-lived content in the digital marketing domain.

Let your followers know that your content has a short shelf life – they will keep up with your posts and this will lead to more engagement on your social media.

8. Personalization
We predict that in 2017, digital marketing will enable B2B marketers to reach their customers via a more personalized medium, such as their Facebook News Feeds, as B2B businesses are seeing the value of bringing a personalized experience to their customers from start to finish. B2B communication was though given a formal facet, but that’s slowly becoming a thing of the past.

Needless to say, personalization should be on your marketing radar for 2017, if it somehow missed your 2016 agenda. For the sole reason being people spend much of their personal time online, across various platforms. 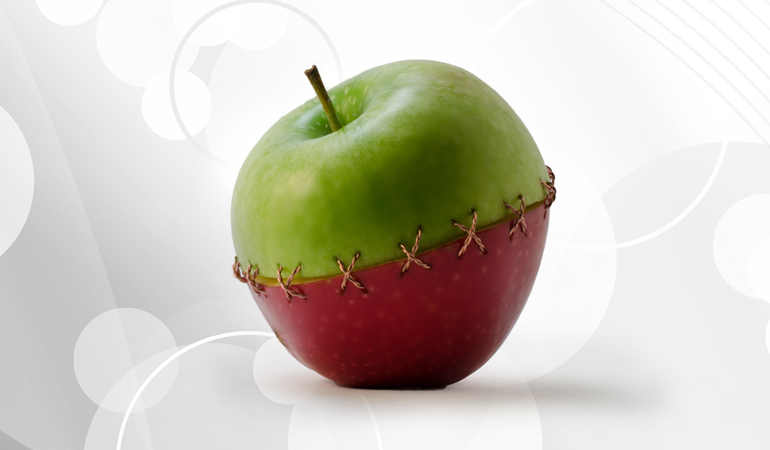 As we know, CRO as a marketing strategy is made up of several components such as audience segment testing, response tracking, and advertising testing, these tools will continue to be important for businesses to use in their digital marketing strategy for 2017. Instead of investing a lump sum, marketers can spend a dime and use CRO to funnel more of their existing traffic into sales in 2017.

Consider mobile messaging apps such as Facebook Messenger, WhatsApp, Snapchat, and WeChat. These have become primary ways to communicate with target audience outside of the normal mobile channels and digital marketers are beginning to see these platforms as a means of reaching consumers with their advertising message.

And in 2017, more adaptations to the mobile first world will be seen. But marketers need to remember, that just “optimizing” for mobile is not the end, it’s also about making it resonate with a user’s lifestyle. 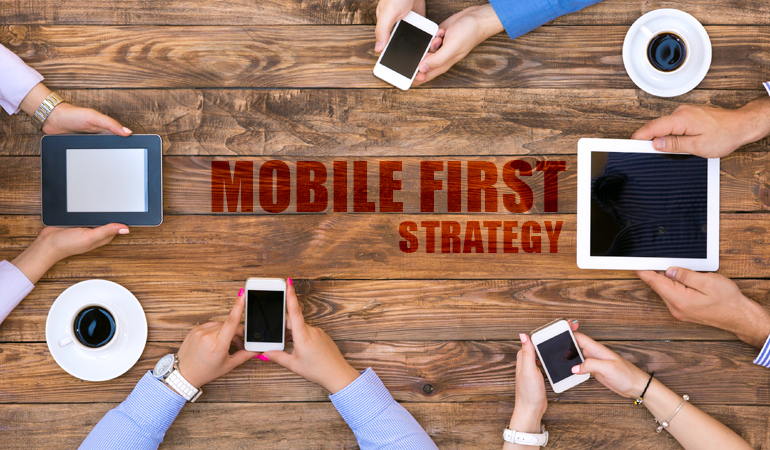 Do it the InfographicDesignTeam way !
Infographics can be a powerful way to attract and build audience. It’s a powerful marketing tool which can do a worldwide coverage and boost your brand awareness. Major businesses are already adopting Infographics because of their relative approachability and user friendliness. And infographics will definitely rule the marketing world in many years to come.

So what’s holding you back?  Visit our portfolio and see for yourself. Contact InfographicDesignTeam.com today with your idea for an Infographic, and we’ll get right back to you with our best ideas, design concepts and a budget to align with your brand. Believe us, it’s worth it!