Home  /  Branding  /  History of Twitter: How They Got to Where They are Today

Twitter is one of the most popular social media platforms in existence today. Twitter has over 313 million monthly users. This includes both desktop and mobile users. But either way, you cut it, that’s a lot of people!

Twitter is second in popularity to its competitor, Facebook, which has over 1.75 billion. Facebook is slightly more popular perhaps for some reasons, but Twitter is still a vital part of any company’s marketing plan.

It is also very interesting to see how Twitter got started and where they are today.

To begin, we go back to the genesis of Twitter and meet the co-founder, Evan Williams. Evan and his co-founder, Noah Glass, had a startup company in 2005 called Odeo that featured a podcasting platform.

Podcasting was just beginning to take off at that time, and the two were excited to able to launch one of the first platforms of its type. They had originally intended for it just to focus on podcasting as a medium. They hired Jack Dorsey, an engineer, and designer to join them to help create a user-friendly interface and platform that people would love. 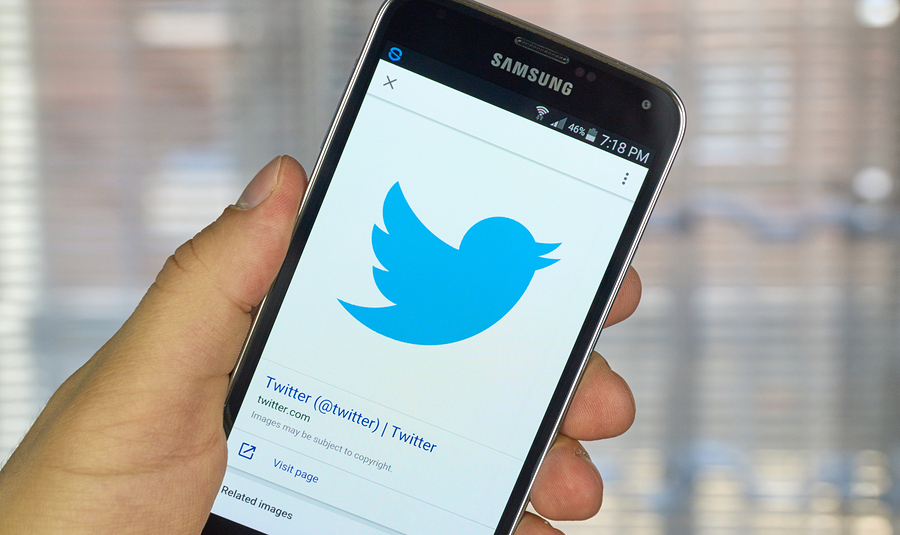 But Time is Out of Joint, Oh Cursed Spite

But the timing was a bit off. That was about the time that Apple released its iTunes podcasting platform and virtually took the world’s entire podcast market. So the partners of Odeo decided to bite the Apple and instead go to an online chat program now known as “Twitter.”

That I Was Ever Born to Set it Right

The problem was that Odeo was not well-received by the investors and they loss massive funding in these early years.

The founder, Noah Glass had a product that allowed users to call a phone number, and it turned your message into an mp3 file on the internet. Pretty brilliant!

Evan Williams was a former Google employee who saw the potential in Glass’s invention and moved in with Glass to work on the project with him. You may know Glass better for the Blogger.com platform that he later sold to Google.

Odel had a lot of potential, the founders knew, and the technology behind Glass’s phone message to mp3 converter seemed brilliant. But marketing something and creating it are two different things. Apple had more money to throw at their iTunes podcasting venture than the Twitter startup founders did, so Odeo fell by the wayside.

Once they finally let go of the idea that the future of Odeo was in podcasting, things started to take shape.

The two spent many hours working on the idea of where Odeo should go and Jack Dorsey, the creative engineer they hired to help design the original Odeo podcasting platform, came up with an idea. He described the idea that would simply capture the status of what people were doing at any given time.

Dorsey seemed to be obsessed with his new idea of allowing people to check in quickly with their contacts and post their status, kind of an abbreviated form of Facebook.

Then Dorsey, Glass, and a German developer by the name of Florian Weber presented an idea of a system that allowed the user to “broadcast your status” in a few seconds out to thousands. Similar to the message to the mp3 idea, it seemed to recapture Glass’s original invention in a new way. They were excited.

What’s in a name?

Originally, the name Glass came up with was “Twttr.” But they decided to spell it out later because they were afraid people just wouldn’t make sense of “Twttr,” or perhaps they didn’t know how to spell it. 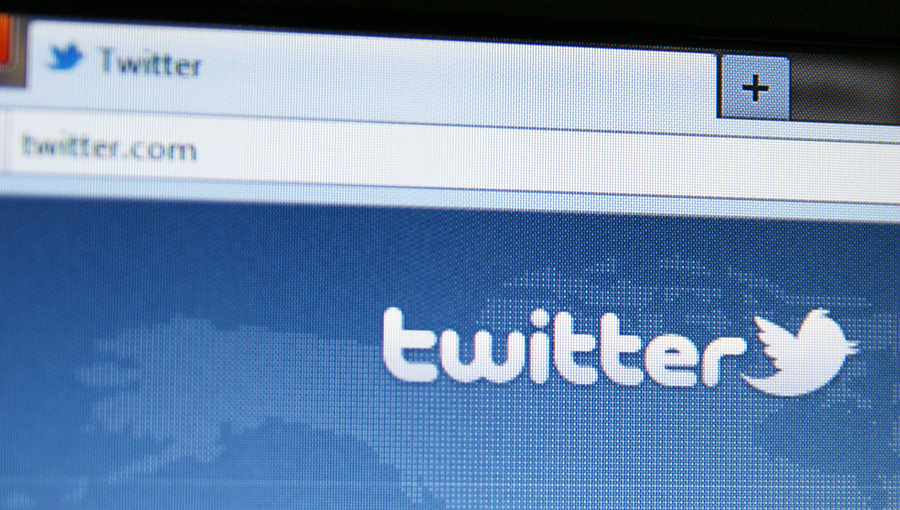 They looked through a Glass darkly, but then, face-to-face

Glass was a bit vague in how he presented the idea and some team members weren’t too sure it would go over as well as Glass expected. They didn’t know how it would be created to work on such a broad scale.

They wanted to see it work as well in person as it did on paper.
It was Dorsey’s technology, primarily, but everyone saw their engineer, Jack Dorsey as Twitter’s “spiritual leader.” And it was Glass who pushed for the idea all the way.

Reach Out and Touch Someone

One of the things that appealed to the creators was the emotional component of Twitter. Much like live chat or live email conversations, it enabled you to be closer to people who were far away using a simple easy–to-use interface.

Sometimes all it takes is major media getting interested in something to make it go from a small town pipe dream to a masterpiece. And that’s sort of what happened to Twitter.

In March of 2006, TechCrunch, one of the most well-respected and well-known online media companies and blogs to date in the Silicon Valley, picked up on the story of the evolving Twitter. The founder of TechCrunch, Michael Arrington, was looking for stories on social media, trying to compete with such big publications like Mashable, which also focused on this topic.

This national coverage online brought attention to the startup called “Twitter” and gave it just the push it needed to reach new heights.

Perhaps sometimes we can’t explain how success happens. An earthquake hit the San Francisco area in that same month, and thousands of people used Twitter to broadcast it to their friends and followers within seconds.

After this “earth-shaking event,” Twitter began its climb to even bigger fame. 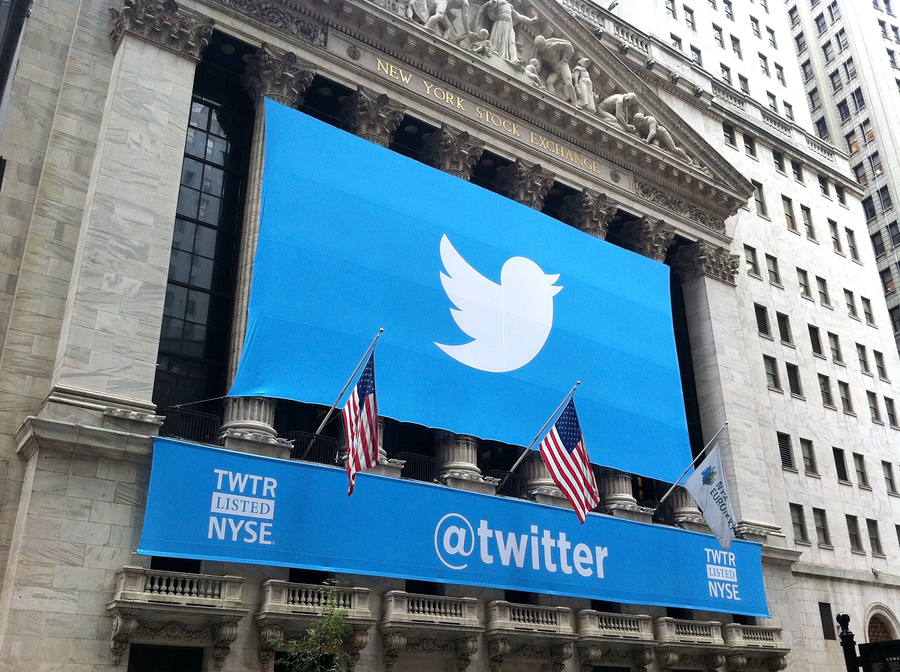 Once people realized the power of Twitter and how it gave them a way to broadcast important statuses in mere seconds, they realized it was a potential life-saver. People could warn others of an impending disaster seconds before it happened, let friends and loved ones know they were okay if they were in a dangerous location, and just update their connections on new ideas they had.

Twitter doesn’t allow the user to be prolific, only allowing about 140 characters in one message. But it wasn’t invented to write books on. Twitter does what it is supposed to do, and it does it well.

The history of Twitter, like many social media and other tech giants, has experienced growing pains over the years. But with each gap in the road, it bounces back and becomes stronger.

The co-founders, Glass, Dorsey, and Williams, all agree that it was an evolutionary process, one that took a few years in the making but that it was worth the ride.

For Twitter users, they are thankful to be able to use such a great business and personal communications tool. And they enjoy the recent add-ons that Twitter has made possible in recent months, including video-sharing and virtual business card applications.

The Beauty of a Timeline

It’s always interesting to look back in reflection at how far business has come, especially when it is your own business. As these three young men in 2006, you see potential in your business idea, and you know that it will just take a matter of time and persistent effort to make it.

But you need to record this in some way that allows you to preserve it for posterity.

InfographicDesignTeam.com can do this for you. You can let them create a beautiful timeline with dates and events that benchmark every achievement your business makes along the way.

Because, while you may know where you’re going, part of the joy is the journey.