The history of a great company is always interesting. Their ups and downs, their pinnacles and valleys, their victories and defeats, all play a role in their eventual but ever-changing status.

Nothing in business is static. It is always changing.

Today we take a look at eBay and their humble beginnings, as well as where they are today. 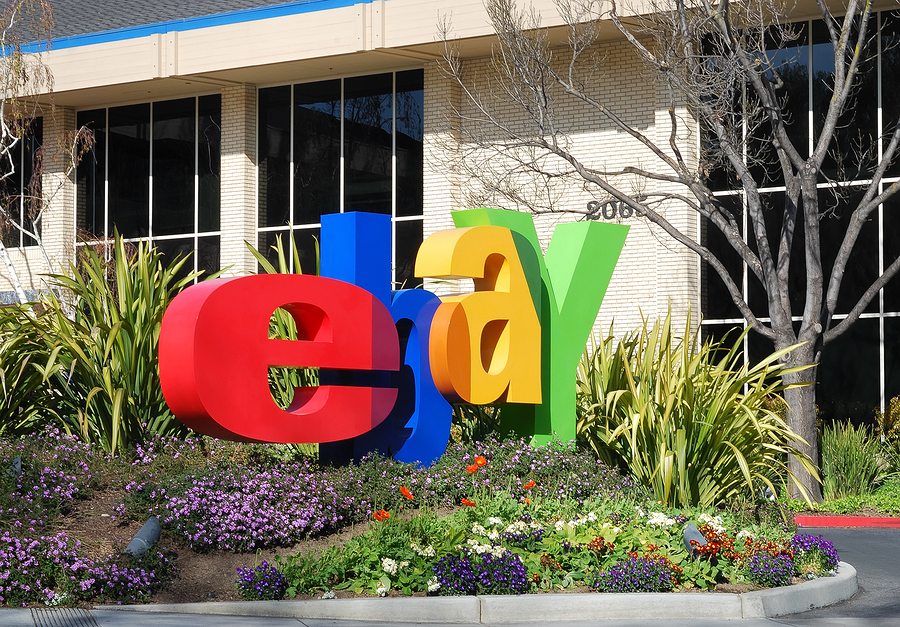 To look at the history of eBay, we begin by going back to the year 1995 when eBay founder, Pierre Omidyar creates a small auction-based company known as “Auction Web” in which he offered a few small used items for sale.

Another “garage band” type startup, located in Omidyar’s home, eBay was intended to be a marketplace for the sale of goods and services for individuals.

In 1998, Pierre and his business partner, Jeff Skoll brought on a third party, Meg Whitman, to help them sustain the success of the company.

A Canadian by the name of Mark Fraser purchased eBay’s first item for sale, which was a “broken laser pointer.” Looking back now, it sounds like Fraser purchased something with no value. Quite the contrary. Fraser remarked in a recent interview that it was “exactly what I was looking for,” because he was trying to create an electronics item himself and needed a broken laser pointer to finish his invention!

In 1996, eBay expands and starts hiring a staff, beginning with one man, Chris Agarpao. to help coordinate the online operations of the virtual shopping center. Chris is still an eBay employee to this day and fondly recalls the days when he began with the auction giant.

The Feedback System is Born

One of the most successful things about eBay today is their feedback system. Thought up by the original founder, Omidyar, he added the system in 1996, when eBay’s sales was taking off so well. It was designed to ensure that members got a fair deal and to give others in the eBay community information on which sellers to trust and which to avoid.

Success found eBay pretty early in the game as they experienced over 7.2 million dollars worth of sales within the first two years of business.

In September of 1996, Jeff Skoll was named President of Ebay. Meg Whitman was added later to help with company growth.

In the second quarter of 1997, eBay sold its one millionth item, a Bird Bird Jack-in-the-Box.

In September of 1997, Auction Web is officially named eBay.

After two years of company growth, eBay goes public as a publicly traded company. Shares reached over $53 in just one day.

In the year 2000, eBay University was founded that focused on helping new sellers find their footing in the global marketplace. Meanwhile, eBay was expanding rapidly and also started developing side companies such as Half.com.

Also in that same year (November, 2000) eBay allowed buyers an option to “Buy it Now,” which allowed them to purchase an item immediately, appealing to the buyer’s need for instant gratification. This was popular among buyers. But some sellers opted to wait out the auction.

2001: eBay Make Fashion History with the Ugliest Jeans in the World

In 2001, Levi Strauss offered up a pair of Levi’s, reportedly the oldest in the world, and they sold for $46,000! That’s a lot to pay for fashion that resembles poverty that you wear.

eBay also introduced eBay Stores in June of 2001, which allowed sellers to open their own dedicated eBay store to their customers on a regular basis, emulating the rising fame of similar online ecommerce solutions popping up. 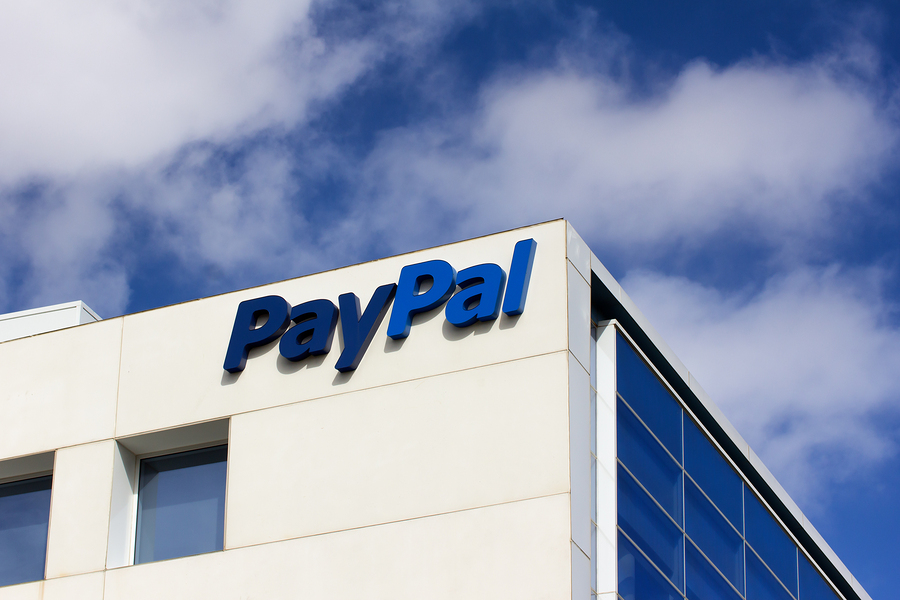 One big landmark for eBay was when then President, George W. Bush awarded eBay with this prestigious award, honoring outstanding growth in technology and innovation.

Paypal and eBay had a great relationship from 2006 to 2015, but after nine years of helping each other thrive and prosper, the companies decide to part ways and become two separate companies. During the time that eBay and Paypal were united, it was often hard to tell the difference between them. Paypal was the sole payment processing system that eBay used for a long time, until they began introducing others to accommodate buyers from other countries or areas that did not offer Paypal as an option.

The companies are now independent from each other but Paypal is not out of sight of eBay and is still the #1 preferred method of payment on eBay by both buyers and sellers.

After going through various changes within and outside of the company, eBay names Devin Wenig as their fourth acting CEO of the company, who still holds that title today.

In September of 2015, the online auction giant celebrated its 20th anniversary of offering new and used items for sale on eBay. This landmark was celebrated with a huge gathering at their headquarters and around the world.

This year, eBay acquired The Expert Maker, a virtual reality and cutting-edge technology firm, which promises to take eBay even further into the twilight zone of invention with its virtual shopping experience. It remains to be seen how popular this will be with customers, but some are quite taken by it. 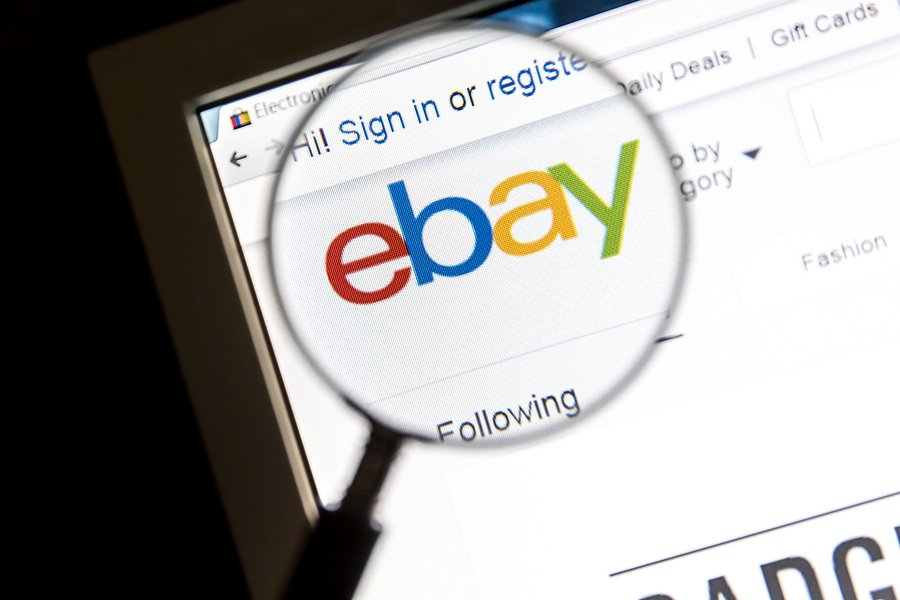 Summary: Ebay is an Auction Utopia

eBay has continued to enjoy success after success as its online marketplace has grown exponentially since its inception in 1996. Twenty years later, it is still consider the master of the online auction, with no other auction-based business coming close to its success.

Ironically, its closest competitor, Amazon, is not an auction so it cannot really be compared to ebay except that the two companies have enjoyed a friendly or not-so-friendly competition by attempting to create similar aspects of the other’s business model such as customized and suggestive searches, in order to compete with each other.

Amazon is the world’s biggest retailer and online store. eBay is the world’s largest and most successful online auction marketplace. Apple and Oranges, but both have tastes the joy of success.

eBay is an example of a company that seemed to hit on exactly what people wanted-from that first crooked, used laser pointer to the $46,000 pair of Levi Jeans, there is literally no limit to what eBay can buy or sell on its online marketplace.

Are you the next eBay?

Do you have an idea that is so great that people will love to know about it? Do you have the next big idea that could be the next eBay success? Why not create a stunning infographic with a timeline or graphics and data that tell your story.

If you have a business or are starting one soon, think about how you will represent your history and your company message to the world.

We can help. We are the InfographicDesignTeam.com. We create original infographics that your customers will love.

We can preserve your information and history for all posterity and get you on the map.
Contact us today for an estimate.